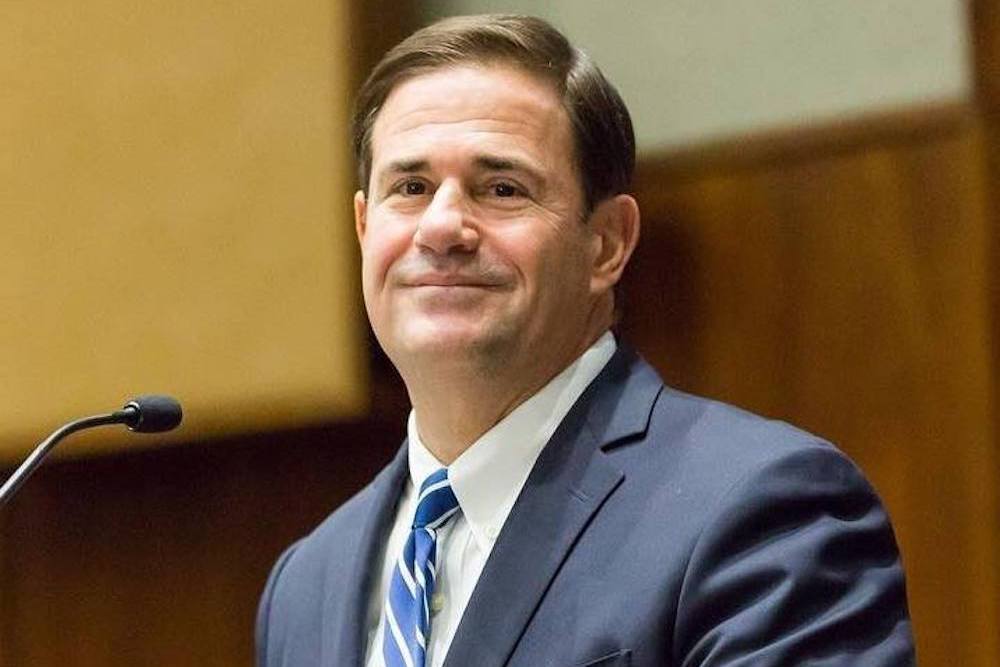 Gov. Doug Ducey promises to focus on veterans, education and correctional facilities with his spending proposals and other actions in 2020, according to his sixth State of the State address.

"Let me reiterate what I’ve said in five prior state of the state speeches, and two inaugural addresses—because apparently it bears repeating—no new taxes, not this session, not next session not here in this chamber, not at the ballot box, not on my watch," he said.

Ducey claimed that Arizona schools have benefited from $4.5 billion in new investments, which the governor said would rise to $6.6 billion under his budget proposal.

"In addition, an even larger investment in school counselors, cops on campus and school safety," Ducey said. "A stronger focus on CTE and the trades. More money for the Arizona Teachers Academy and Teach for America and a full, complete and accelerated restoration of flexible funding."

Ducey also promised that teacher pay will rise by 20 percent by the start of the school year. In his budget, $1 million is earmarked for the Arizona Teachers Academy, which covers college tuition if teachers remain in Arizona for at least four years.

He addressed his focus on tourism and state parks as well.

"There’s no place more beautiful to vacation than scenic Arizona. And with an infusion of new dollars, we're going to work with Tourism Director Debbie Johnson to ensure the whole world knows it," Ducey said.

He also said he is launching a partnership with Local First Arizona to strengthen small businesses, get rural Arizonans back to work and bolster local economies, as small business are the backbone of the economy.

Want to get notified whenever we write about Governor Doug Ducey ?

Sign-up Next time we write about Governor Doug Ducey, we'll email you a link to the story. You may edit your settings or unsubscribe at any time.