Governor sees no problem with eliminating elections for county positions 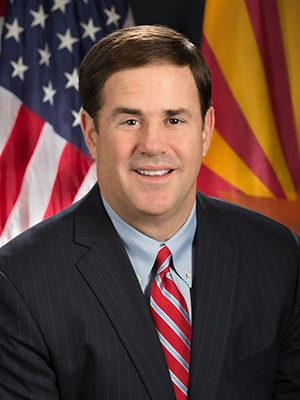 Gov. Doug Ducey, according to YourValley.net, says the state could perform “just as well” without voters putting county officials in office, such as an assessor.

He also shared his concerns about whether voters should select the state treasurer even though Ducey’s first elected office was as state treasurer before he made his way to the governor’s mansion.

"This is the way it's done," he told YourValley.net.  “But I think sometimes people can see in a position like this that you could appoint a qualified expert who could do the work as well.”

Electing candidates into those positions is still engraved in the state’s constitution, although Ducey added this might not last forever.

“I think we could do just as well without that,” he said during a meeting with the American Legislative Exchange Council recently, according to YourValley.net. Yet he made clear, “I’m not looking to take the vote away from anyone.”

Other positions that could no longer be represented on the ballot include recorder and clerk of the superior level but Ducey said voters would still elect the chief election officer.

In October, Ducey noted that the indictment of Maricopa County Assessor Paul Peterson raised the importance of having a strategy to remove an assessor from office, but it is still vital to continue voting for assessors and other county offices.

“I’m not looking to take the vote away from the people,” he said in October, according to YourValley.net. “That’s how the framers of the Arizona Constitution set it up in 1912. And it’s my job to then execute the laws in that framework …”

The governor said he welcomed discussion from anyone who wanted to change the method.

Want to get notified whenever we write about State of Arizona ?

Sign-up Next time we write about State of Arizona, we'll email you a link to the story. You may edit your settings or unsubscribe at any time.